How do you speed up or slow down an animated gif in photoshop? 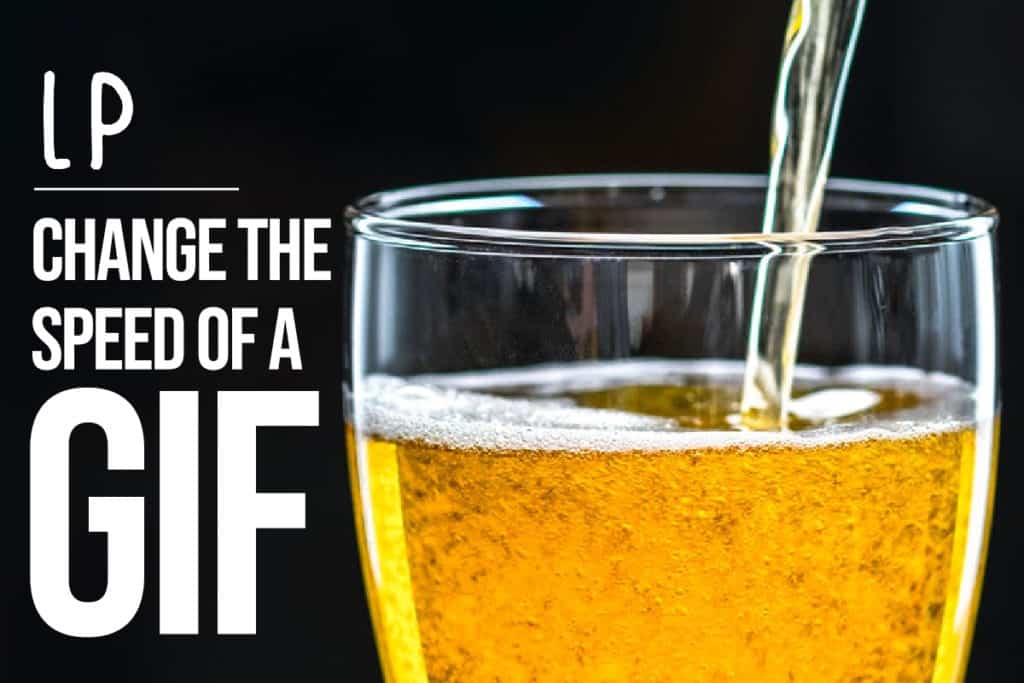 Photoshop is a powerful piece of kit. As an image editor, it’s capable of handling a wide variety of visual media and is not just limited to still images.

If you want to jump directly to the VIDEO TUTORIAL click here.

In this tutorial, we’re going to explore how to edit GIFs in Photoshop. GIF stands for Graphics Interchange Format and was invented in 1987 by Steve Wilhite. It has now become synonymous with internet memes and is one of the most powerful visual media available on the internet.

However, unlike images and videos, GIFs remain shrouded in mystery as to how they are created and worked with. Today we will uncover some of the mystery!

Today, we’re going to look at how to speed up or slow down GIFs in Photoshop. While Photoshop can natively handle and edits GIFs, they are cumbersome to work with as is.

To perform global operations such as speeding up or slowing down, it is more feasible to convert them into MP4 videos, which is another format that is readable by Photoshop. So let us begin!

Personal Tip: If you want to master the GIF creation process in its entirety I would recommend you some premium (paid) resources dedicated to this topic on Skillshare.

You can see from the outset that these two images complement each other. The foreground image of the photographer is already in a bit of a silhouette with a strong outline, and it will be easy to select him from the background.

Before we begin, you must already have your images loaded in Photoshop. If you don’t know how to do that, you can find it here.

Step 1: Import Your GIF Into Photoshop

Go to File > Open and browse to your GIF file. Hit Open. 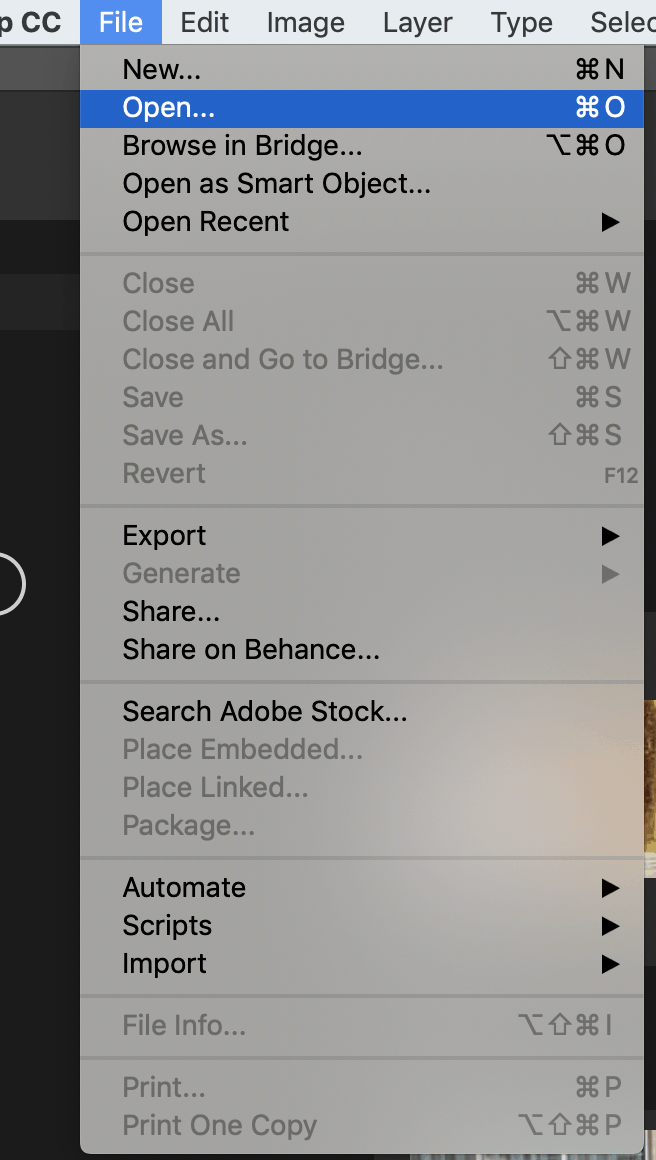 Your GIF will now open up inside Photoshop. Each frame of the GIF will open up as a separate layer. 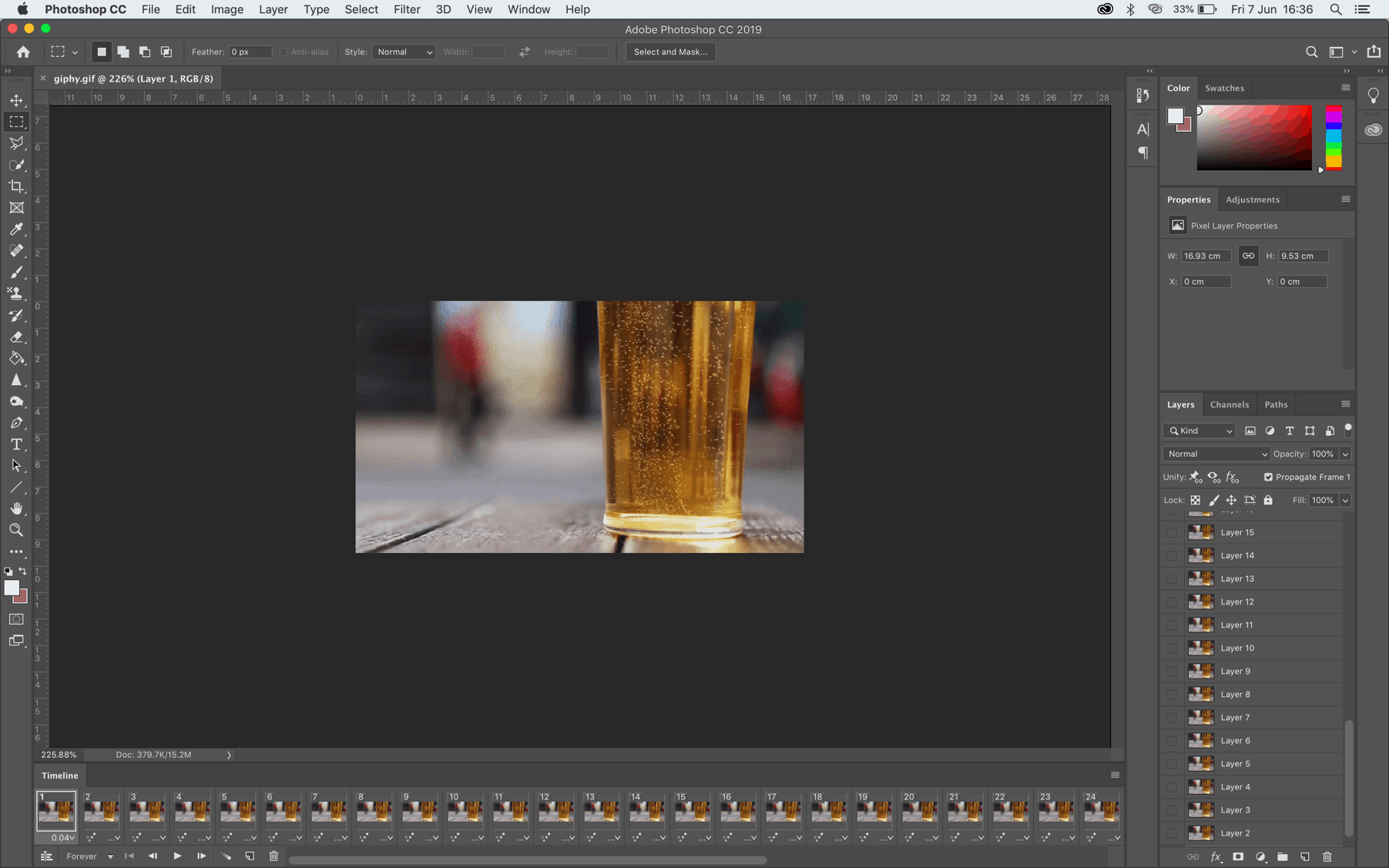 Don’t get freaked out by the amount of information on your screen. It is all manageable.

Look at the first frame of the GIF. Underneath it, you will see a Convert To Video Timeline button. Click it. 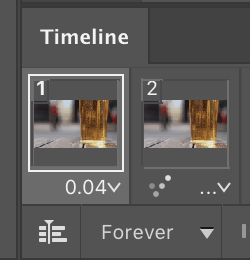 After doing this your screen will be filled with the timeline of each frame. 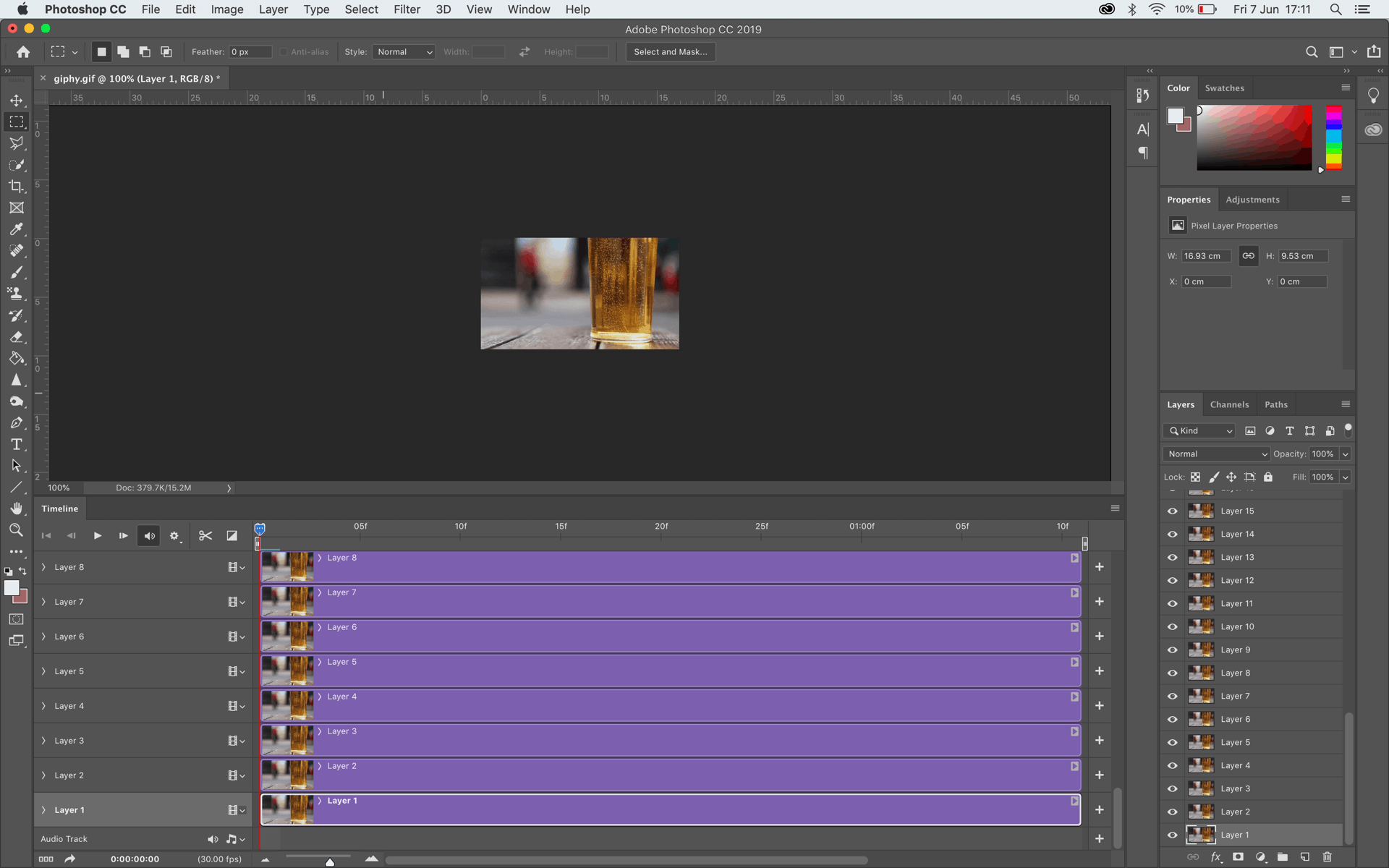 Now, at the bottom of your screen, you will see the Render Video icon. Click it.

This will bring up the Render Video menu. 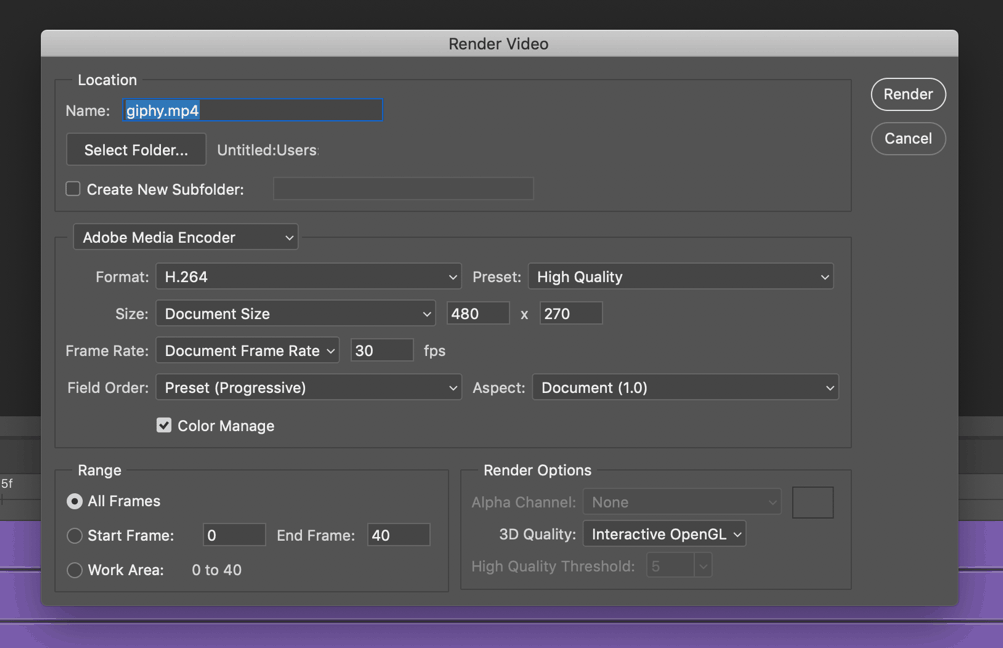 Use the Select Folder option to select the destination folder for your video, and hit Render. This will render your GIF as a video.

Step 3: Change The Speed Of The GIF

Go to File > Open and open the newly rendered video into Photoshop. 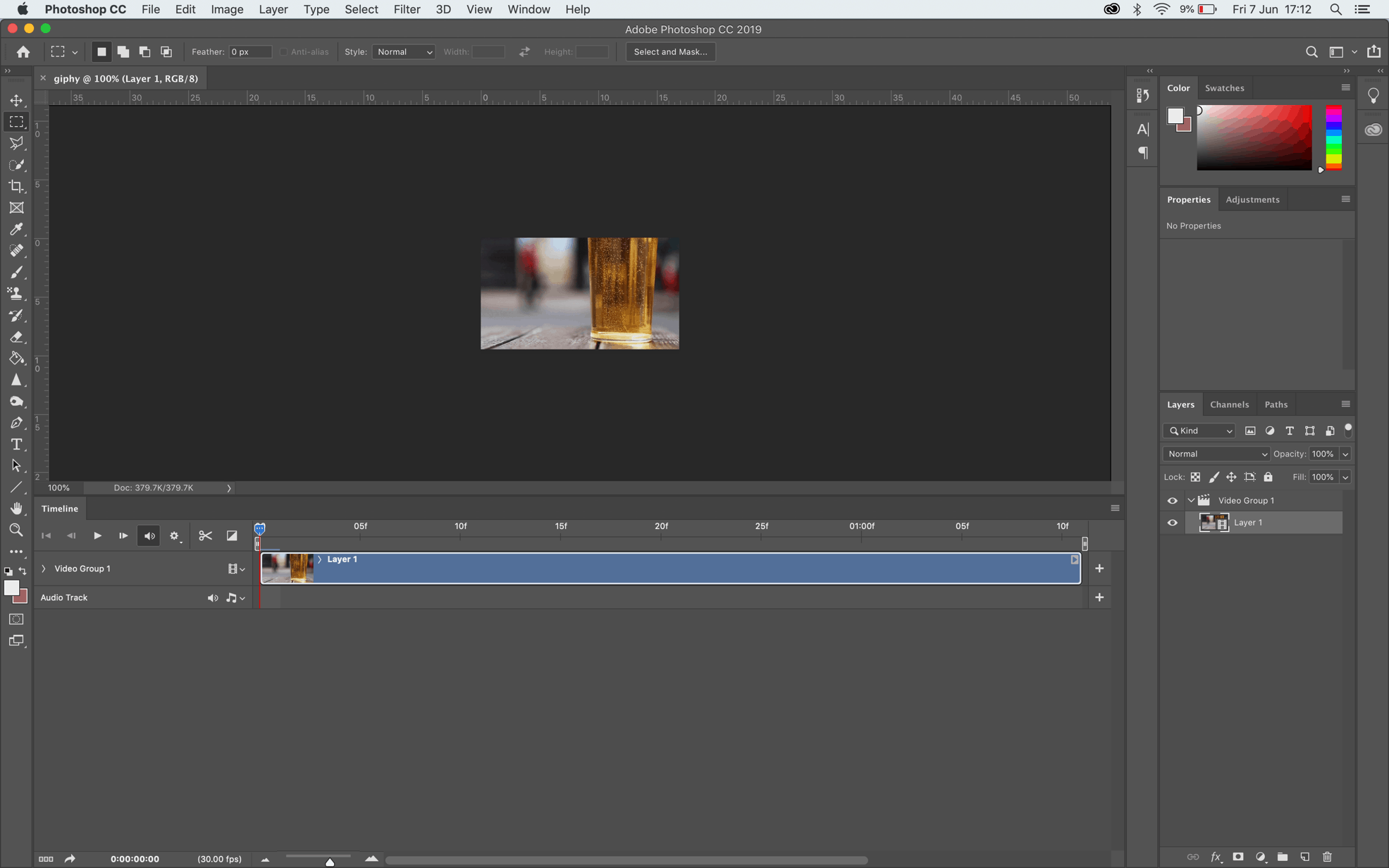 It will open as a single timeline inside Photoshop. 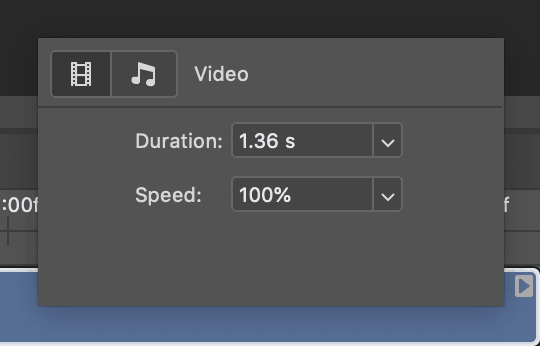 Click on the drop-down menu next to Speed. This will bring up the speed slider. 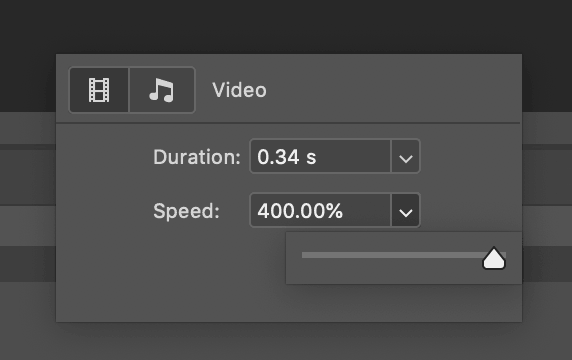 Move the slider up or down depending on whether you want to slow down or speed up the GIF. I chose to speed up my GIF.

Once you are done, your timeline will reflect the change. 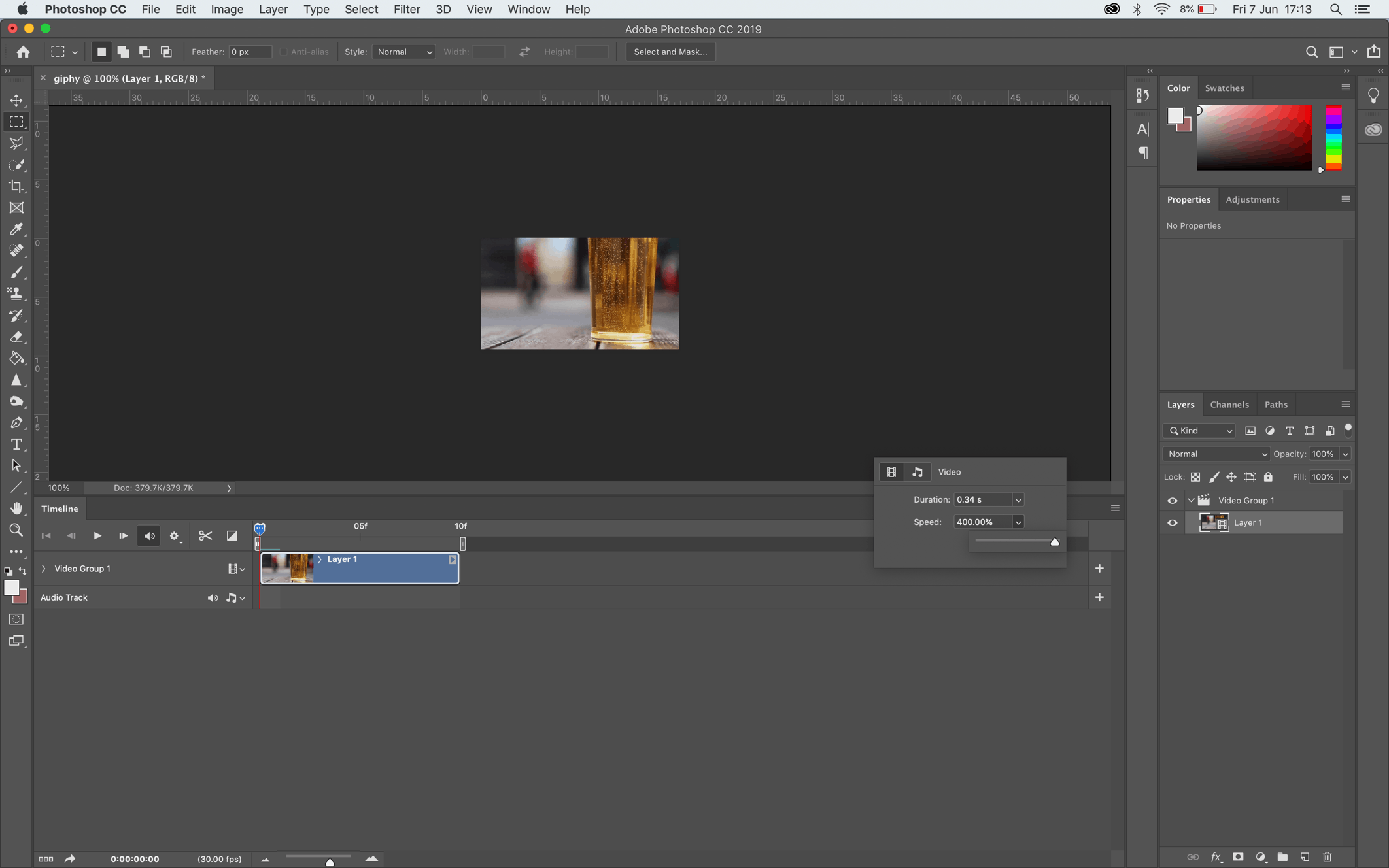 Now your clip speed has been changed. 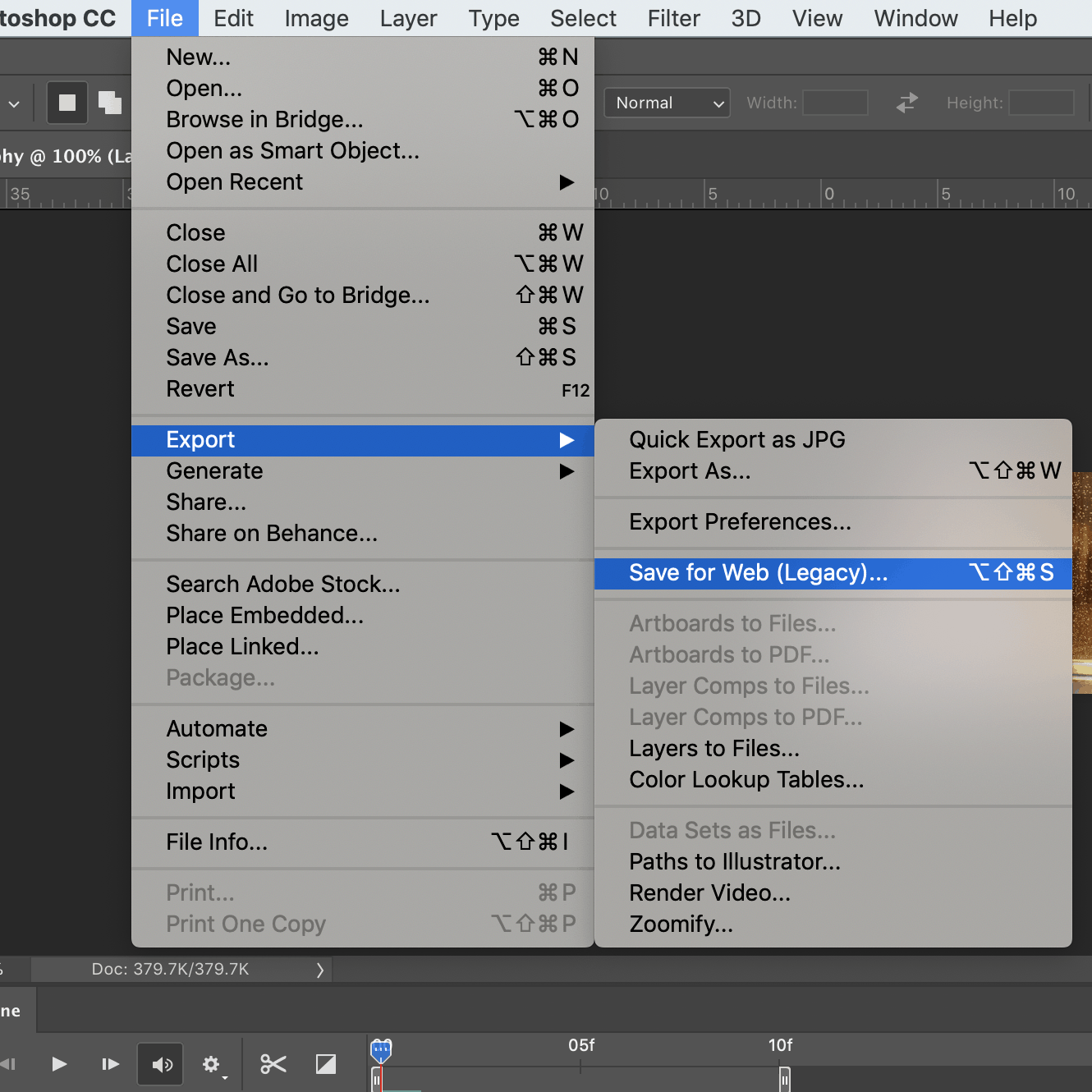 This will open the GIF Exporter 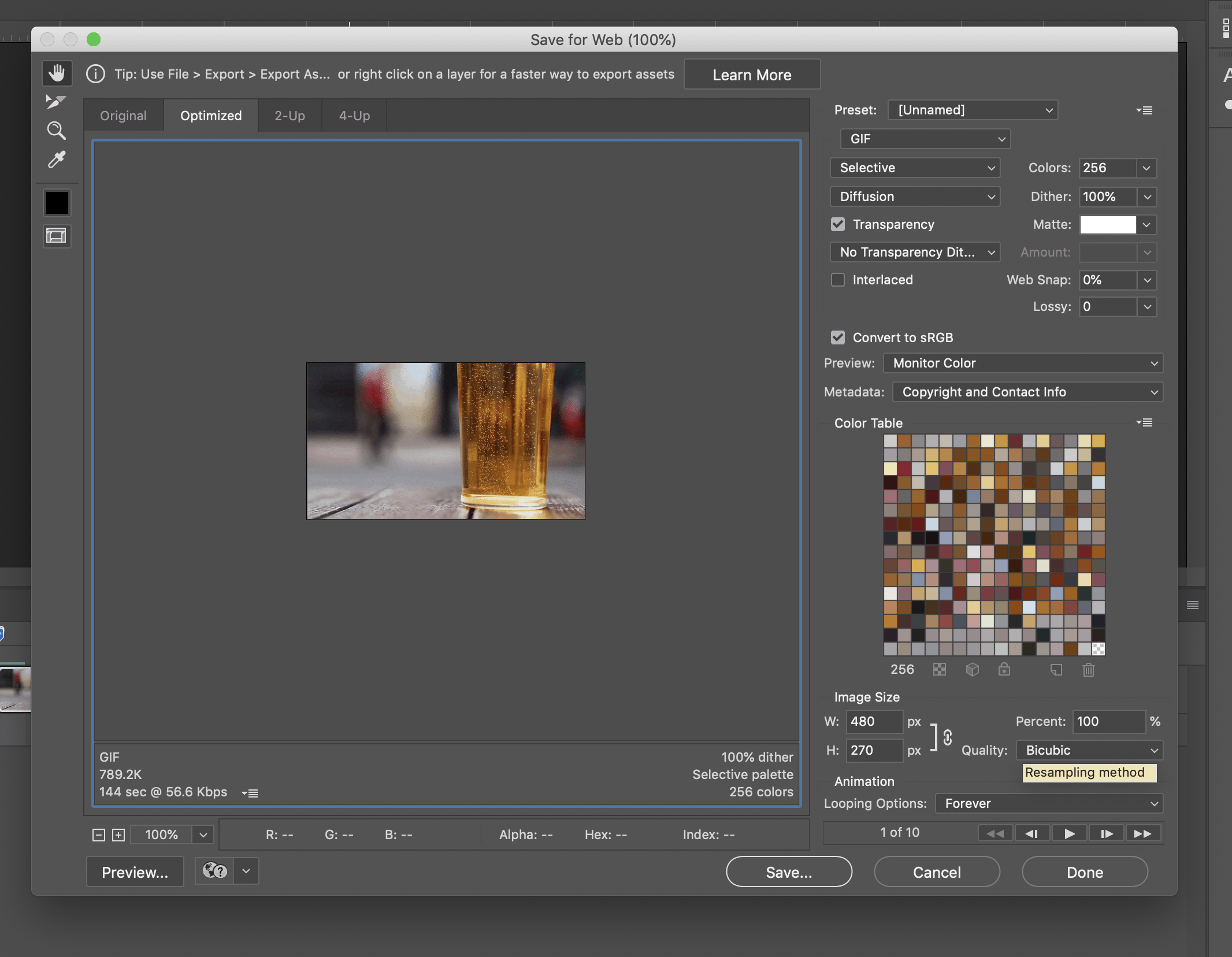 On the bottom left of the window, you can see the Preview button. This will open up a preview of your GIF in your browser. You can use this to check whether your GIF has rendered correctly.

When you are satisfied with your result, click on Save, choose a destination folder, and voila! You have just retimed your GIF!

If you want to know more about GIF and learn how to create something cool from zero, check this video tutorial by Tutvid:

Last but not least, if you’re looking to learn Photoshop and maybe make some money with it, I highly recommend you to take some professional online classes on Skillshare.